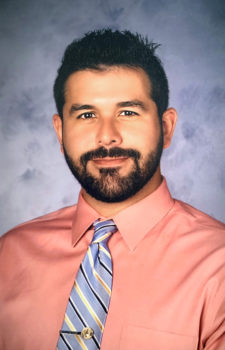 Mr. Franco is entering his 12th year of teaching as our Director of Bands. Previously, he was appointed as the Director of Bands at Hialeah Gardens Senior High School in Miami, FL. During this appointment, Mr. Franco was responsible for conducting the Wind Orchestra, Symphonic Winds, Jazz Ensemble 1 and 2, and The Gladiator Outdoor Performance Ensemble, and coordinated all chamber music ensembles, and the winter guard. Under his direction, all facets of the program earned consistent superior ratings at the Florida Bandmasters Association district and state levels of evaluations, as well as earning multiple accolades in competitions throughout the state of Florida. The Wind Orchestra and Jazz Ensemble 1 at Hialeah Gardens are nationally-recognized ensembles. The W.O. specifically: performing and premiering works for wind band and earning top awards at Heritage Festivals in Orlando, FL., Atlanta, GA., and winning the Grand National Adjudicator’s Invitational in Gatlinburg, TN. in 2018.

Born in Caracas, Venezuela he began his musical training in the Venezuelan System of Youth Orchestras. He and his parents immigrated to the U.S. in 2003 and he completed his High School education at Charles W. Flanagan High School in Pembroke Pines, FL. He attended The University of Florida and graduated magna cum laude in 2011 with a bachelors in Music Education. As a performer, Mr. Franco has experienced the full spectrum of a professional musician: performing with The UF Gator Marching Band; The UF Wind Symphony; The UF Symphony Orchestra; The Boston Crusaders Drum and Bugle Corps (2006-07) and The Cadets Drum and Bugle Corps (2008-09). Mr. Franco has also toured the country with the salsa-afrocuban-funk fusion group: The Umoja Orchestra, and has performed with various jazz and pop musicians such as Michael Dease, Roy Hargrove, Christian McBride, Butch Thomas, Ramiro Malagon, Gilberto Santa Rosa, and more.

Mr. Franco will be directing the Wind Ensemble and Symphonic Winds and assisting with The Wind Symphony and the Concert Band.

Mr. Franco and his family—Katie, Evan and their dog, Captain—live in Lilburn. 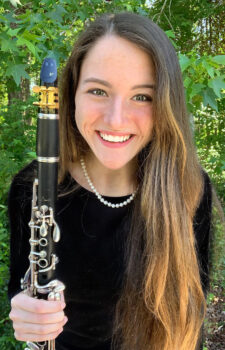 While at UGA, Ms. Brown served as the band captain of the Redcoat Marching Band for two years while also serving as music chair of the Iota Zeta chapter of Sigma Alpha Iota and treasurer of the UGA chapter of the Collegiate National Association for Music Educators. In addition to her leadership roles at UGA, she was also an avid performer in the UGA Wind Ensemble, Women’s Glee Club, Jazz Band, Repertoire Singers, and more. She student taught with Ms. Jessie Williams and Mr. Robert Davidson at Trickum Middle School.