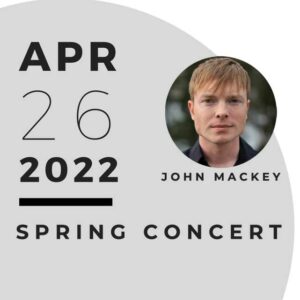 Join The Award-Winning Wind Ensemble and Wind Symphony in our spring concert as we conclude the year with John Mackey—an award-winning, world-renowned composer.

John Mackey (he/him) has written for orchestras (Brooklyn Philharmonic, New York Youth Symphony), theater (Dallas Theater Center), and extensively for dance (Alvin Ailey American Dance Theater, Parsons Dance Company, New York City Ballet), but the majority of his work for the past decade has been for wind ensembles (the fancy name for concert bands), and his band catalog now receives annual performances numbering in the thousands.

Recent commissions include works for the BBC Singers, the Dallas Wind Symphony, military, high school, middle school, and university bands across America and Japan, and concertos for Joseph Alessi (principal trombone, New York Philharmonic) and Christopher Martin (principal trumpet, New York Philharmonic). In 2014, he became the youngest composer ever inducted into the American Bandmasters Association. In 2018, he received the Wladimir and Rhoda Lakond Award from the American Academy of Arts and Letters. He resides in San Francisco, California, with his spouse, a philosopher who works on the ethics of technology, and also titles all of his pieces; and their cats, Noodle and Bloop.

There will be a Q&A Session at 6pm with the composer in the auditorium. The concert will follow at 7pm.

We look forward to seeing you there! 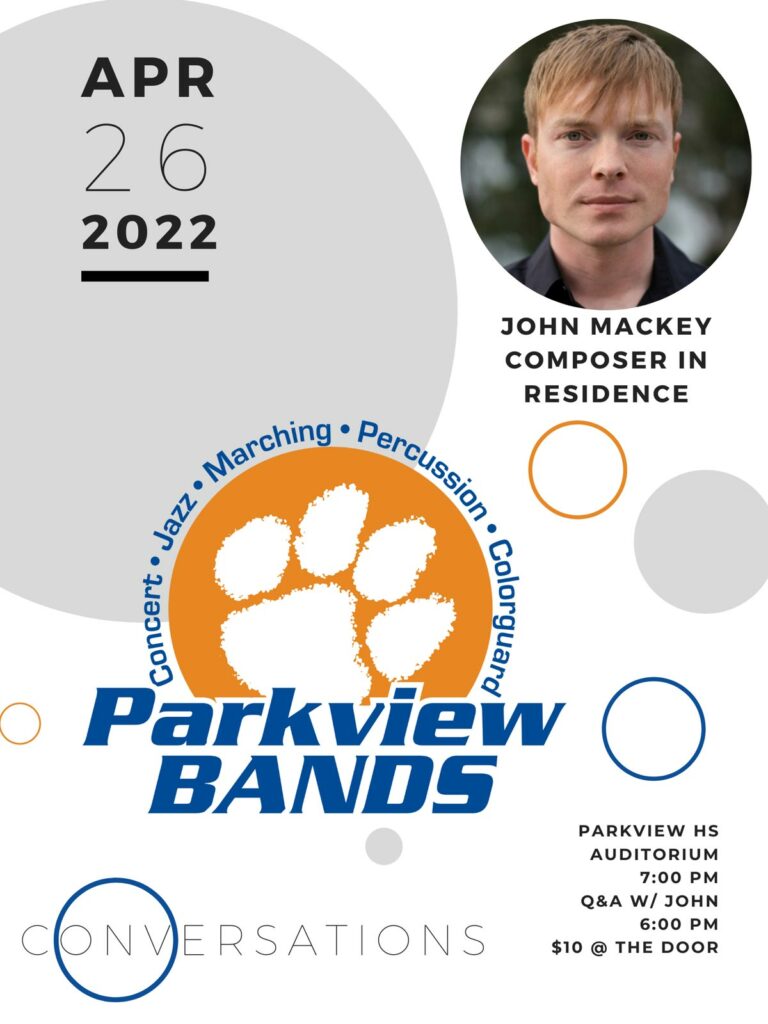